For just a moment, let’s focus on the children…

Set aside concerns about the global disarray, the national elections, the California water troubles, or the San Diego Chargers’ stadium plans. Let’s think about children, and particularly those who will be attending Warren-Walker School beginning Tuesday, September 6, 2016.

We will welcome these students as we begin to celebrate our 85th year as an institution established to educate them. In Nellie Walker’s thinking when she 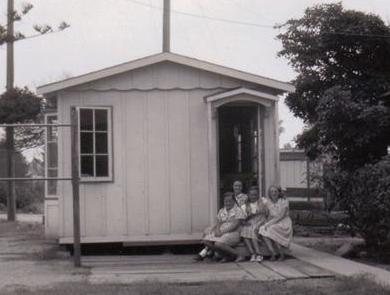 founded our school, education was a broad subject – one that encompassed foundation building, mind stretching, character development, and enrichment in the lives of children being raised between two horrific World Wars during the Great Depression of the 1930’s. What was she thinking?

Well, first of all, she was thinking that she should do what she did best…teach! She was called upon by local business and political leaders to start a school in the Ocean/Pacific Beach area. She was the widowed mother of two young girls, needing to support her family, and wanting to make her mark in the community as someone who could make a difference in the lives of children.

At first she tutored, then she taught, then she built the school on Point Loma Avenue, and children flocked to her safe haven by-the-sea. What she offered was a traditional education and lots of enhancement considered “progressive” in her day – including foreign language, drama, and recess at the beach until

she rang the school bell that sits in our Admission Office, today.

Almost 85 years later, her school has three campuses and 427 students engaging in an accelerated program geared to prepare young people to succeed in the 21st Century. Let’s carry on and celebrate!